The origin of the christmas tree

Like most Christmas symbols, the fir tree has its origins in the pagan religions that preceded Christianity. Not surprisingly, the date of Christ's Nativity was itself chosen to replace the pagan festivals of the winter solstice. In the Roman Empire, the date of December 25 - which then corresponded to the solstice - marked the feast of the solar divinity Sol Invictus. It was itself preceded by Saturnalia Week, celebrating Saturn, god of agriculture, during which it was customary to... exchange gifts. The Romans also decorated their houses with coniferous branches for the occasion. In Northern Europe, among some Germanic peoples and in Scandinavia, the period was the Yule Festival. In Nordic mythology, it was the god Heimdall who came to visit every human home at night and left gifts for those who had behaved well during the year. 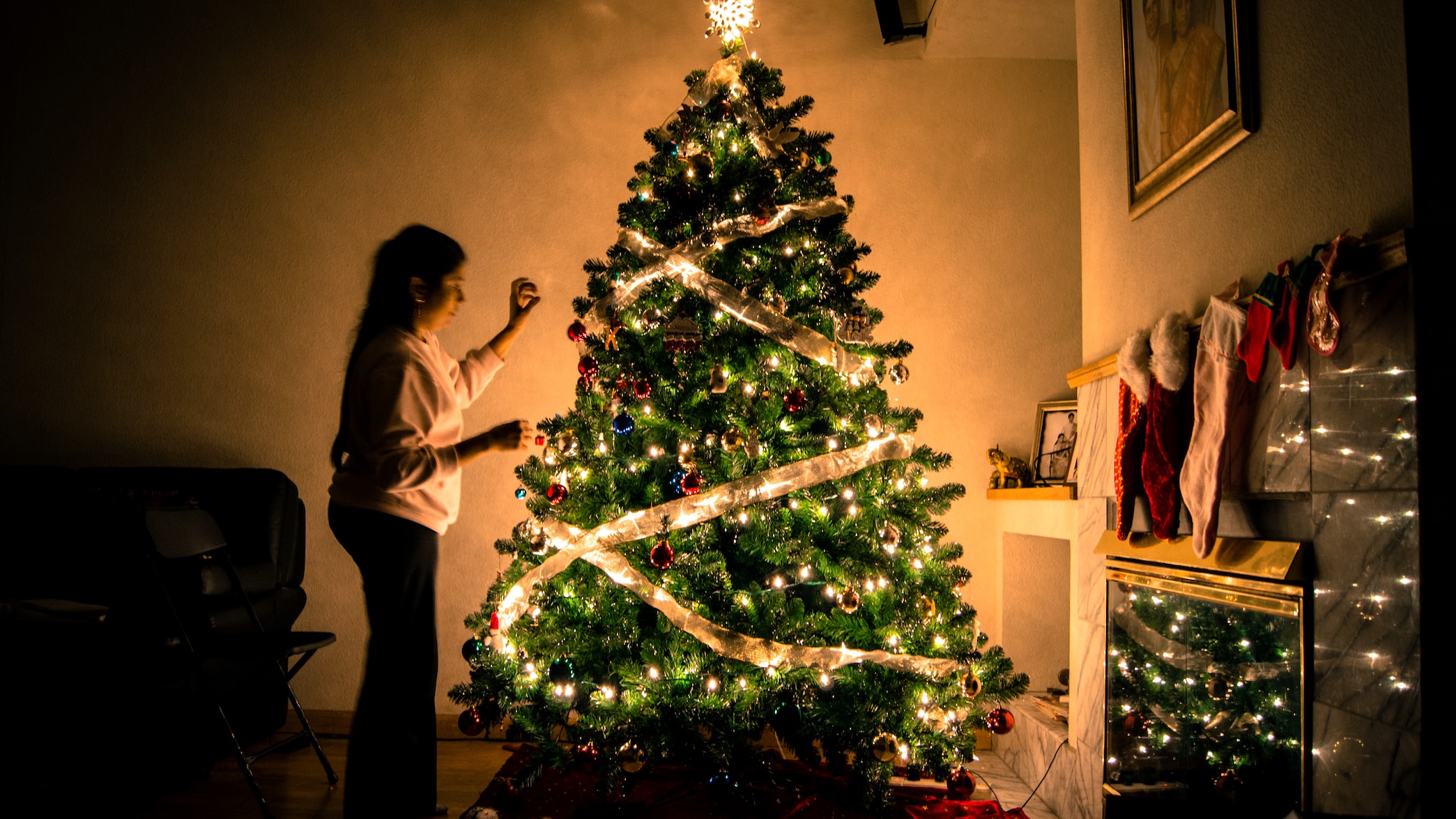 In all these celebrations, the use of evergreen trees as decorative elements is a constant. What could be more symbolic, in the heart of winter, than trees with evergreen thorns, to celebrate the return of the lengthening of days and spring? The symbolism of the tree as an image of life and rebirth is as widespread as it is ancient, and is no stranger to Christianity. We think of the "tree of life" of the Garden of Eden, the expression being also a common metaphor for the cross of Christ. Yet, before reclaiming this tradition, the Church has long fought against pagan cults returned to trees. Legend has it that in the 8th century, Saint Boniface of Mainz, "an apostle of the Germans", cut down a sacred tree called "the oak of Thor" with a single blow of the axe in the presence of many pagans in the present German region of Hesse. The latter would have immediately converted, realizing that the hammered god had not immediately sent the lightning in response.

Since when did the Christians take it back?

A first Christian reappropriation of the pagan tradition is attributed to Saint Colomban, an Irish monk who travelled extensively in Gaul. One Christmas evening, he took some religious from the monastery of Luxeuil, founded by him at the foot of the Vosges in 590, to the top of a mountain. There was a very old fir tree, the object of a pagan cult. Among the Celts, spruce was considered as "the tree of childbirth". Colomban and his companions would then have hung their lanterns on the branches of the tree, in order to draw a luminous cross. But this story, which is not documented at the time, seems legendary. 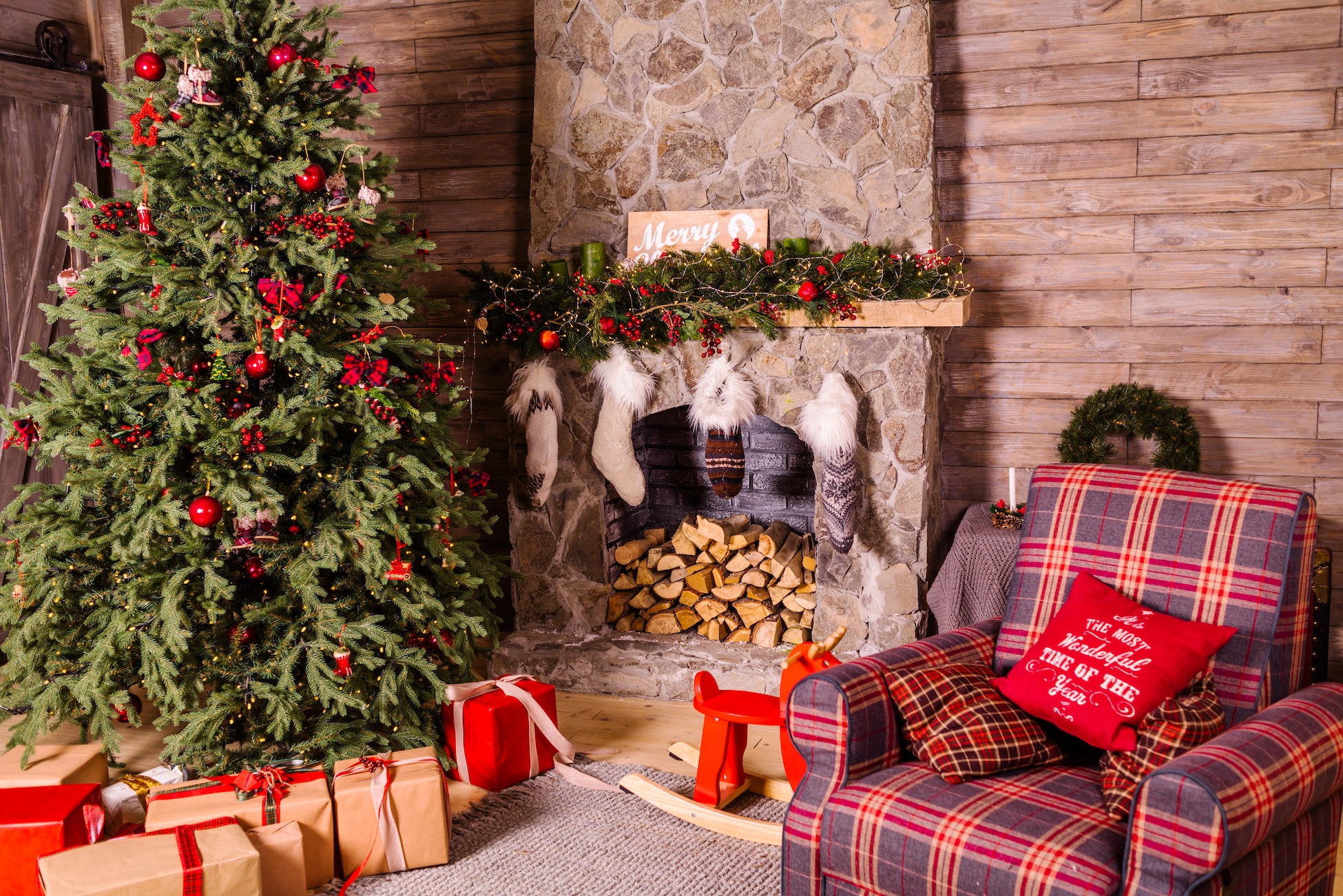 More likely, we can date the appearance of the Christmas tree tradition to the 15th century in Germanic countries. The very first written mention of this custom dates back to 1521, in a book of accounts of the city of Selestat (Lower Rhine), which at the time belonged to the Holy Roman Empire. This register shows this expenditure: "Four shillings to the forest rangers to watch over the maize from St. Thomas". Forestry rangers were therefore paid to prevent the uncontrolled felling of "buts" (from the Meyen Germanic, "festive trees"). As for Saint Thomas, it was celebrated on December 21. For the city, there is no doubt about the interpretation: "if the city of Selestat has to protect its forest by planning such an expense, it is to be assumed that decorating a tree at this time of year was relatively common and was part of the customs," says the municipality's website. 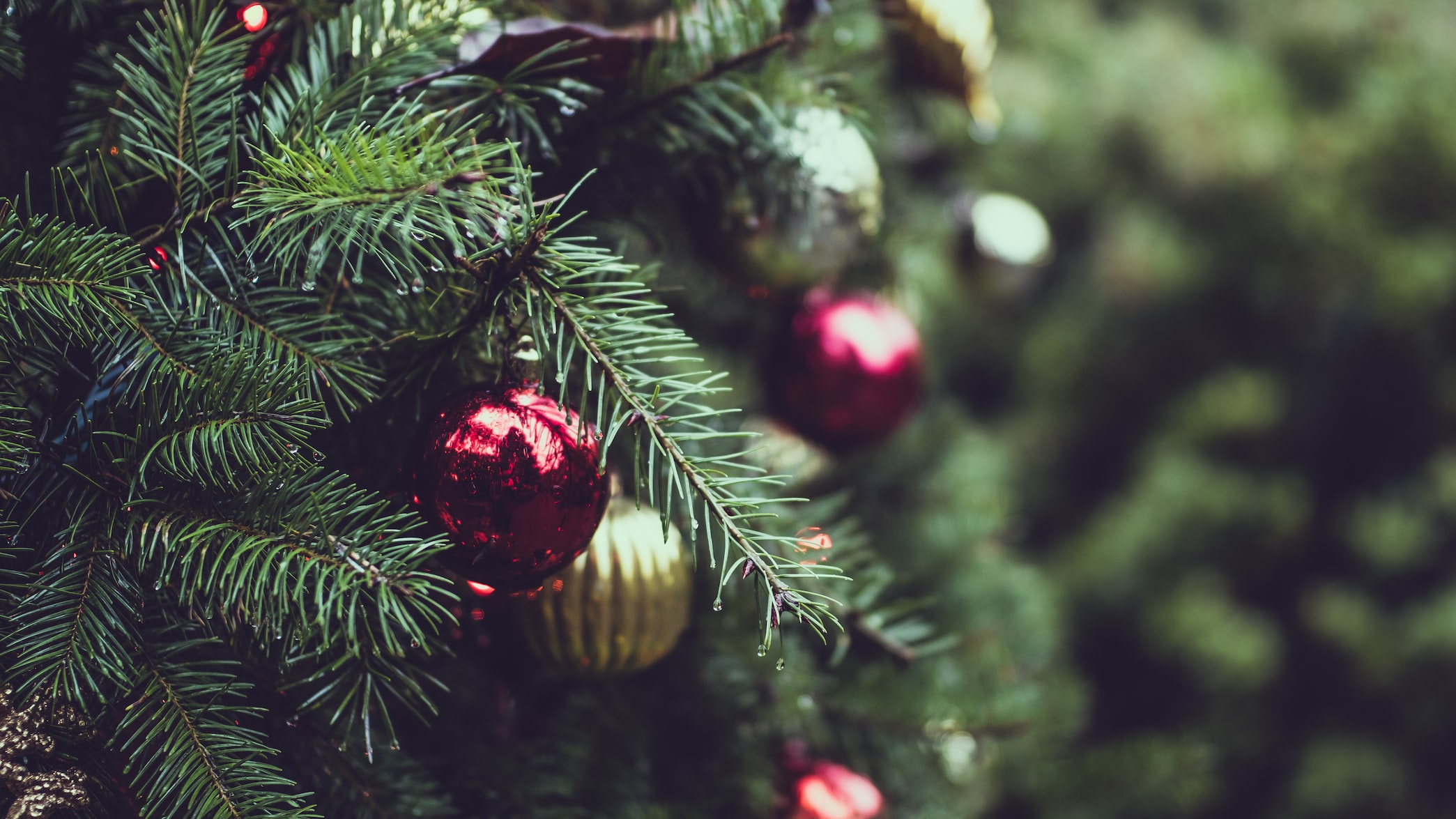 The origin of this custom itself comes from the practice of "mysteries": in the medieval West, it was common to play on the square in front of churches, scenes from the Bible, including the story of the Garden of Eden, especially on the occasion of major liturgical celebrations. "Faced with the difficulty of finding an apple tree with its fruits in the middle of December, one then chooses a fir tree," wrote Father Emile Hennart, priest of the Diocese of Arras, in an article on the origins of the Christmas tree published on the website of the Church of France. These trees were also decorated with "oublies", round pastries designed to remind us of the host. 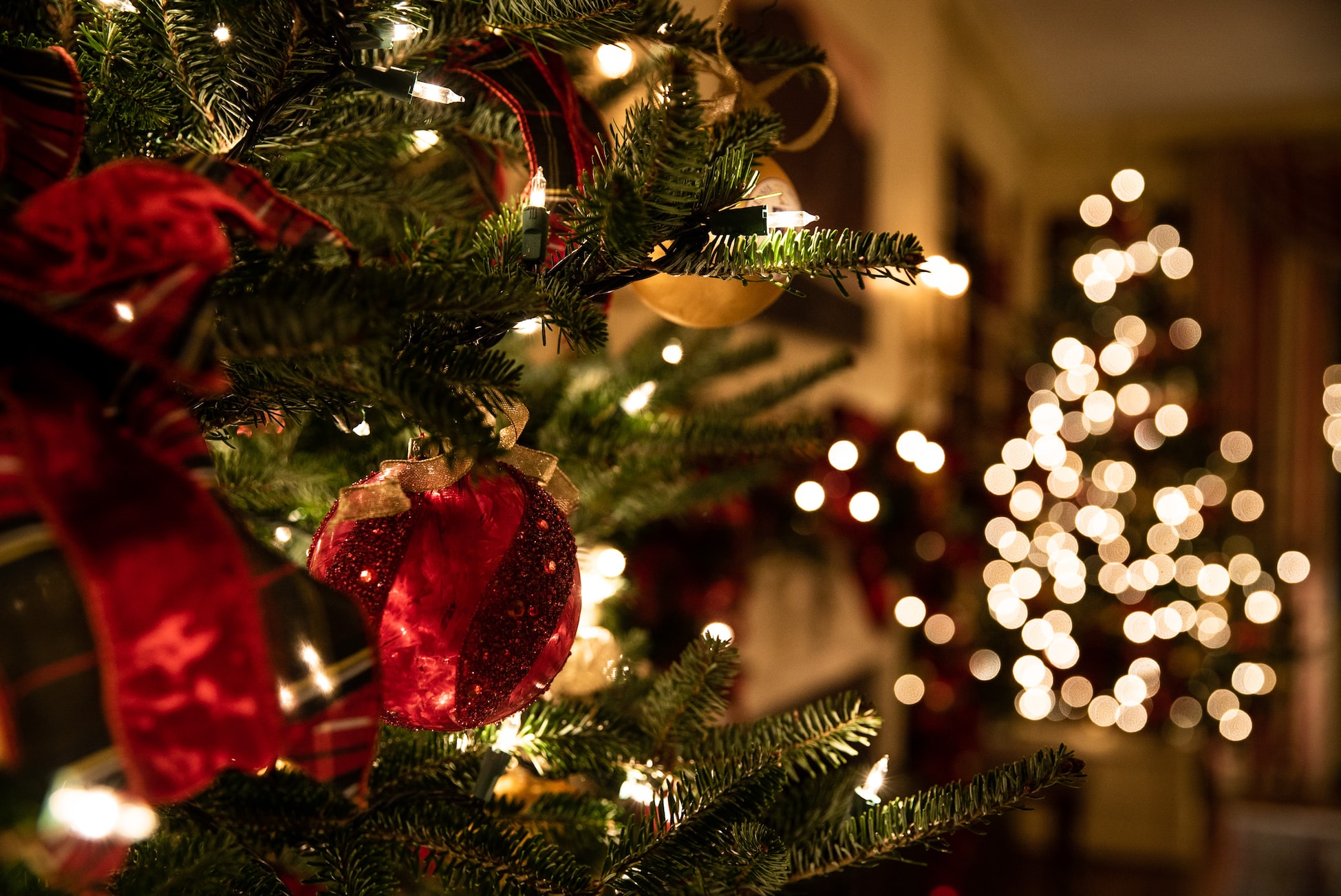 The city of Riga, the capital of Latvia, also officially claims to be the father of the first Christmas tree. It is said to have been installed in 1510 by a merchant guild. First intended to be burned for the solstice, it was finally preserved, decorated and erected on the city's market square to celebrate Christmas. Even today, a stone slab indicates its location.

Where do the decorations come from?

The Christmas tree as we know it today is probably the result of a mixture of pagan heritage and Christian mysteries. "At the beginning of the 17th century, these two traditions seem to have merged, probably for practical reasons," says American historian Greg Dues (1). But it was only in the 19th century that tradition, in its current form, really crossed the borders of the Germanic world and spread to the whole of Europe, particularly through the aristocracy. In France, it is the Duchess of Orléans and daughter-in-law of King Louis-Philippe, Hélène de Mecklembourg-Schwerin, of German origin, who introduced the Christmas tree to the French court in 1837. But it was the Alsatians who, by emigrating to France after the war of 1870, really spread its use in French households. 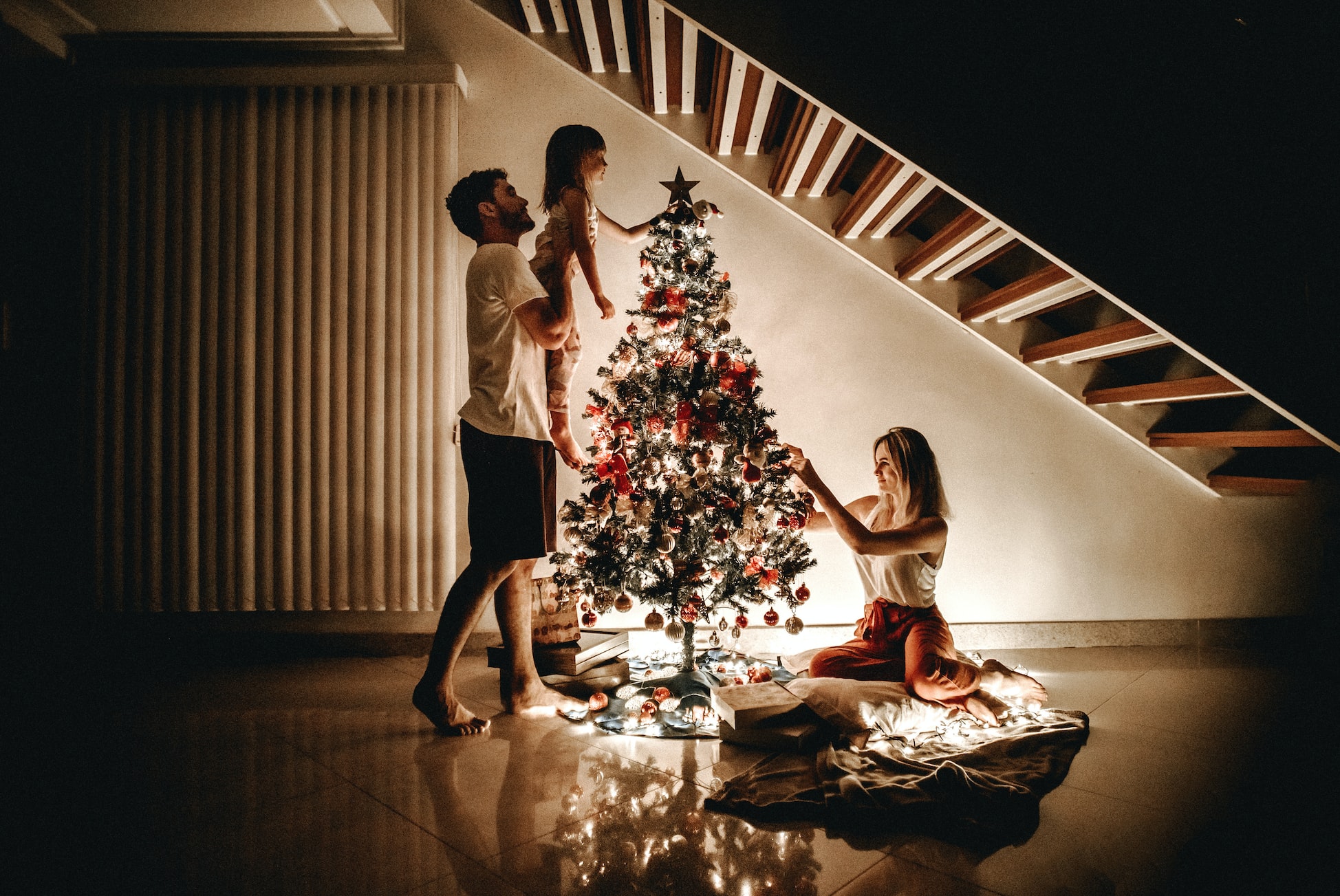 In England, it was Queen Victoria's husband, Prince Albert of Saxony-Coburg Gotha, also born in Germany, who imported this tradition in the 1840s. Newspaper illustrations from the period depict the royal family in front of a richly decorated Christmas tree. In particular, we can see many candles. Heirs of the lights of the solstice, they have now given way to our garlands of light. Snack cakes and sweets followed in the footsteps of medieval "oublies". At the top of the tree, the star of Bethlehem is found in the mysteries, as early as the 14th century. As for the Christmas balls, they were first red, reminiscent of the forbidden fruits of the tree in the Garden of Eden.